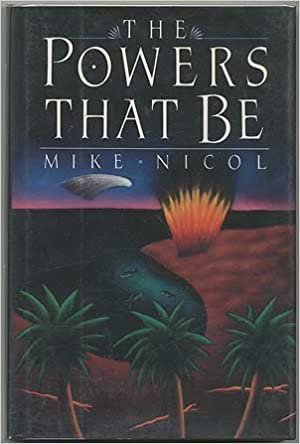 Local folklore had it that only people with troubled pasts ended up in his forlorn harbour but Captain Sylvester Nunes also brought a terrible future. Arriving at an unnamed South African port, Nunes, a customs official, is determined to uncover the dark, criminal secret he is certain lies at its heart. This consuming obsession drives him to enforce a repressive regime - and his untiring interrogations uncover a miscellany of bizarre and bewildering stories.

‘The Powers That Be comes as a considerable and enjoyable shock… The authorial voice is powerful and original. The world of the village, with its claustrophobia and flashes of magical revelation, is realised with impressive intensity. Magical realism has come to South Africa’ – Bryan Appleyard, The Times

‘Mr Nicol spins a parable about the perils of commodity fetishism that is at least as compelling as the more pointed allegory about the apartheid state… A fiercely lyrical first novel… with a sure moral centre’ William Finnegan, The New York Times Book Review

Look Inside
Disclosure of Material Connection: Some of the links in the page above are "affiliate links." This means if you click on the link and purchase the item, I will receive an affiliate commission. I am disclosing this in accordance with the Federal Trade Commission's 16 CFR, Part 255: "Guides Concerning the Use of Endorsements and Testimonials in Advertising."
This website uses cookies to improve your experience. We'll assume you're ok with this, but you can opt-out if you wish. Cookie settingsACCEPT
Privacy & Cookies Policy